Create a Range Based on Count

In this video, you'll see four examples of how to use the OFFSET function. The written instructions are below the video.

The OFFSET function is volatile, so it could slow down a workbook if used in too many cells.

Instead, you could use a non-volatile function, like INDEX, to return a reference.

With the OFFSET function, you can return a reference to a range, based on a starting reference. In this example, we want the sales amount in cell G2:

In cell H2, there is a similar OFFSET formula, to return the month name. The only difference is the column offset -- 1 instead of zero.

Note: The height and width arguments could be omitted, because we want a reference that is the same size as the starting reference. I used them in this example, to show how all the arguments work. 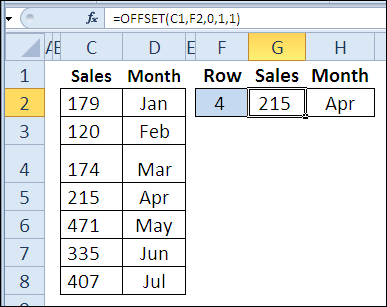 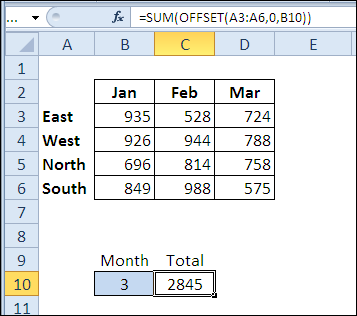 Create a Range Based on Count

You can also use the OFFSET function to create a dynamic range. In this example, I've created a name, MonthsList, with this formula: 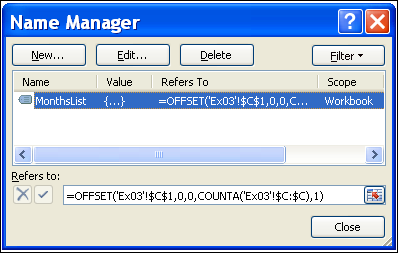 If another month is added to the list in column C, it will automatically appear in the data validation drop down list in cell F2, which uses MonthsList as its source. 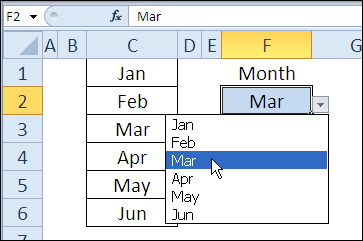 In this final example, OFFSET is combined with SUM and COUNT, to show the total for the last n months. As new quantities are added, the formula result will automatically adjust to include the latest months. In cell E2, the number of months is 2, so the August and September amounts are summed. 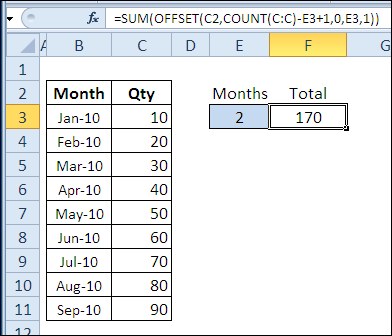 Get the sample OFFSET workbook